No products in the cart.

Astrology and its usefulness 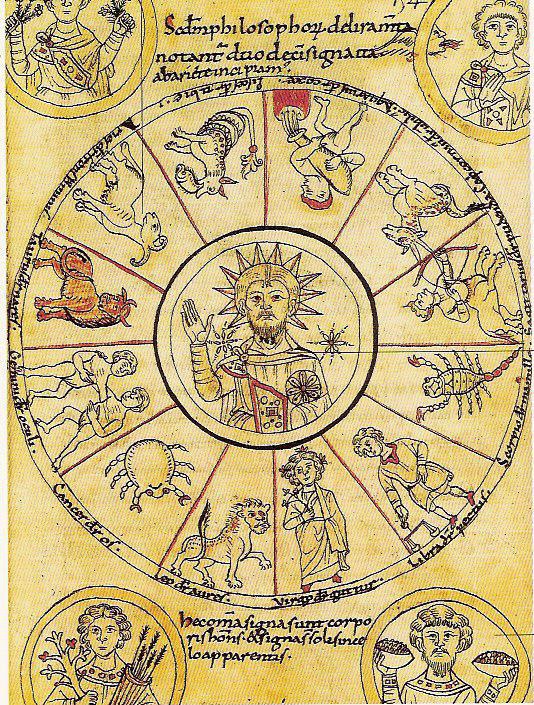 Why is astrology helpful and how does it work? these are both gate way questions to the study and appreciation of astrology.

The art of astrology historically had one major theme of purpose to it. This could be summed up in knowing the timing of things. As humans we are of a gifted intelligence which contemplates both the past and future. This is a true gift and may be a distinguishing feature of the human mind versus the minds of other species on earth. This very capacity though is what gives astrology its ability to endure, and perhaps its necessity as part of the human story. We have an urge to know what will befall us and where we have come from, as well as the forces that have shaped us into who we are. To that end, mankind has always relied upon predictive tools of greater or lesser capacity to peer into the mystery of time and space.

Units of measure have been invented to accommodate mans need to create order out of the apparent chaos of the universe. Physical measurements such as a hand-span or a foot were, one may assume, the first forms of measuring space. There is ample evidence that the first measurements of time were markings of 28 lines on bones. This is elucidated in Nicholas Campion’s book “the dawn of astrology” very well. These first markings were the first form of astrology so far as we know. In its essence this is what astrology is, the measure of the cycles of time, and what can be inferred from them.

This then grew into the art of measuring the seasons. Which became marking them with appropriate ceremonies to beseech the unnamed and forces of the fates for boons. In this sense astrology has a vast historic sweep. Again, this is covered very well in Nicholas Campion’s book “the dawn of astrology” which is well worth the read to anyone seeking the historic nature of the art of astrology and why it endures.

Astrology changed As humans shifted from tribal consciousness to individual consciousness in their perspective and needs. It adapted to become concerned with what an individuals experience of time would be over their life. Then it became how they could have some say in how their experience of time would unfold. This led to the manifestation of the natal chart, which helps define and predict and individuals life. Along with that came electional astrology, which helps to determine when to initiate and event to have the desired outcome. Other forms of astrology which the individual may rely upon, they include horary astrology arose. Horary divines from the moment of a chart casting the truth of a question. This form of astrology may be used for understanding the timing of things, but also for finding actual physical objects within space.

Now there is a second major theme to astrology that has developed in the last hundred years, this is as a tool of reflection upon an individual’s psyche. This them has developed in a large part out of modern psychologies theory that there is mind, and by knowing the mind one can reduce one’s experience of suffering and come to wisdom. While there have been elements of this theme throughout the history of astrology, it is really in the last century that its emphasis has come to take an extraordinary precedent in astrology, to such a degree that there exists arguments between the schools of psychological and traditional astrology as to which is more valid and true to the art.

The reality is that astrology operates as a mirror of reflection upon the mind of the human who is inquiring, so the reality is not defined, or set as one concrete truth of “astrology is this, or that”. While this allows for the ever present magic of astrology to exist in an unbroken stream over the course of humanity. It also unfortunately ensures that there will always be ego based arguments over what is true astrology and what is its value

The validity and usefulness of astrology however is not an actual debate amongst practitioners of the art or those they benifit. Anyone who studies this craft for a matter of time, with any earnest inquiry will come to the same conclusions as all who have come before them, and become practitioners of the art. This is ensured by how significantly practical and dramatically accurate the themes of astrology are for the experience of human life.

be well and good studies.

The Heroes Journey and the North and South Nodes

When Jupiter and Saturn Dance

The death of Jim Morrison

Into the Mystic Mercury Retrograde in Pisces

Uranus in Aries a retrospective.

Virtue of the stars.

The Moon in Leo

The Moon in Cancer

Blame it on Mercury Retrograde

The Moon in Taurus

The Moon in Aries

Putting the Moon to work.

The art of the Moon

The Sun, in astrology.

Saturn in Capricorn~ work on yourself.

The Imum Coeli and your genetic psychology.

Astrology and the Elements

Pokemon Go has changed your life forever, or how to find a Pokemon between Saturn and Neptune.

Saturn in Sagittarius and the dawn of commercial space flight.

Behold, The tides of uncertainty.

Volkswagen, Your time has come.

The Mega Eclipse to End All Eclipses!

6 Reasons to love Mercury in Capricorn

Venus is a Master in Capricorn

Bill Cosby and the Run Away Mars chart.

Mars in Capricorn is About Fire and Stone.

Tear your heart open, it is an eclipse.

Of Love, Eros, and Pragma

The Spirit in Everything. I.

The Good, the bad, and the Wood Horse.

A brief refutation for the upcoming Cardinal Square

Astrological Observations 1: a day about Neptune.

Mercury Retrograde. When to use it, and when to not.

The benefits of an “inquisitive” professional astrology reading.

The meaning of a Professional Astrologer

A prince is Born

the Mysterious Air of Neptune

Thursday, Thors day, and the gods were once planets.

The Signing of a Law

The Old Man wanders into Scorpio

Mitt Romneys Chart is not exalted

The Spiritual Conversion of Snoop Dogg aka Snoop Lion

The Mystery of Venus.

The Mystery of Astrology.

To put the dog on the roof or not; or an ever elusive man who could be President.

Aries Ingress predictions for the year 2012

Chaldean Order of the Days Part 2.

Moon in Scorpio and the Naughty Money Man

The Wealth of Donald Trump

What to do with your Fate

You are still a Scorpio, a response to the crazy media.

Surviving the Age of Aquarius

The Art of Timing Part 4.

Mars and Venus together again in Scorpio

A beautiful way to think about Saturn.

Jupiter. Uranus. and the Thunder of Opportunity.

The love of Mars and Venus.

The Lunar Eclipse of June 26th.

The meaning of the houses in Astrology

The Astrology of Avatar

How to use aspects in your chart.

This site uses Akismet to reduce spam. Learn how your comment data is processed.